I love reading the USAToday (known in the biz as McPaper because of they way they've dumbed down journalism). They are a classic example of how stupid a culture we've become, and how well they either mock us, or enable us to remain dumb. Now they're just trying to scare the fun right out of Halloween. Fuckers.

A 19-year-old Norwegian is the World Champion of Monopoly. Damn socialist. Oh, he's a recent graduate of the Oslo Private Gymnasium school. (Wait, WHAT?) ... oh, and he beat a Russian for the title. Damn commies. (For the record, last time an American won ... 1974.) Monopoly, by the way, is banned in Cuba and North Korea.

And finally ... proof that some women will do damn near anything for shoes ... while hundreds died in recent flooding in the Philippines ... Imelda Marcos' shoes were not among them. Despite the fact she has pending graft charges still being fought out in court.

I hate to keep sounding like a broken record about how amazing Windows 7 is ... but check this out:

I just downloaded the new NVidia Graphics Drivers for my 512mb Video Card ... and didn't have to restart to apply the current (and proper) Windows 7 Driver so I can have my 1680 x 1050 native resolution on my 22" widescreen LCD.

Can anyone out there remember EVER changing a video driver in Windows and NOT having to reboot? Hell, you used to have to reboot when changing screen resolutions.

Email ThisBlogThis!Share to TwitterShare to FacebookShare to Pinterest
File Under: My Life, Technology

Don't hate me because I'm Nerdiful 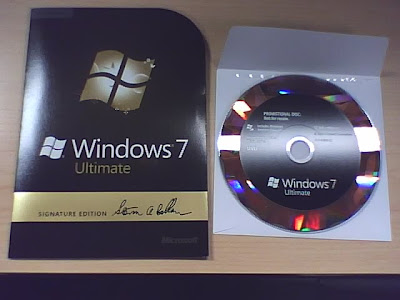 There are lots of other reasons to hate me :P
Spewed forth by Eric Broz at 08:41 No comments: